An over due update

As I haven't posted here for many months, I thought I would give an update on my photography.

The biggest news, and one of the reasons I haven't been posting for a while, is that I've transitioned my main camera from a 5D3 DSLR to an EOS R mirrorless. The decision wasn't easy, as the R (at the moment) doesn't run Magic Lantern; although there are a few 'code jockeys' trying to get ML up and running on the R.

The decision was taken when I knew I could get suitable EF-2-RF lens adapters, eg with VNDs etc. At the moment I have no intention to buy any RF lenses, as I have suitable adapters to use all my EF manual and auto lenses, as well as my Mamiya 645 lenses.

So, I'm now up and running and nearly have my 'new', ie I bought it secondhand, EOS R fitted with: a Smallrig cage and handle; the CamRanger Mini controller; and a battery grip. I'll be writing about the R-based photography and kit in future posts.

The final transition, that kept me from posting, was to move service providers, thus forcing me to get into DNS settings, to ensure the historic links to my blog all work. I failed on my own, but managed to get help from a colleague: once again, many thanks Nigel :-)

Despite being off the blogging grid, I have managed to update a few things on the CHDK side. In particlar my M3 Landscape Bracketing Script, now over a 1100 lines of code, which can be download on the right. The latest version now includes the 'optimum' exposure bracketing logic when handholding, which goes like this:

BTW for those interested, here are the links to two MIT papers I used to inform the above.

On the M3, pragmatically, things look like this (once again many thanks to Bill at PhotonsToPhotos (https://www.photonstophotos.net/) 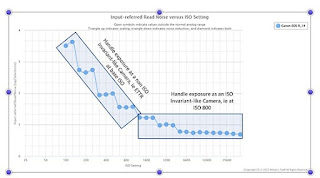 As for the ETTR setting, ie for the highlights, the script has an auto ETTR feature that you can exploit, ie press the RIGHT button and fine tune the resultant shutter value until the histogram looks OK. I personally use the CHDK histogram rather that the Canon one, as I can put it into log mode. I also have a UniWB image that I can bring into play, ie to set a custom WB that better matches to the RAW.

Here is a three bracket set, captured by the M3 script, of the, rather dark, belfry at one of our local churches: 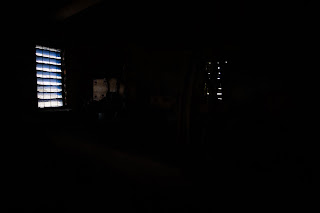 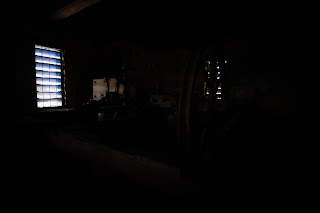 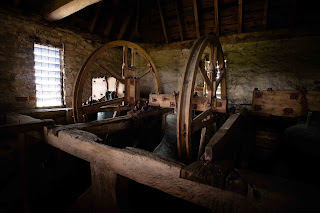 After ingesting into Ligthroom, I pre-processed the images through PureRAW 2. The resultant DNGs were then processed through the Lr HDR Merge feature, I then used a linear profile,  which resulted in the following final handheld snap, after a little bit of tone and colour correction: So, to conclude, I'm back blogging, with a new main camera and new desktop PC.

As usual, I welcome any comments on this post or any of my previous posts.

Posted by Grayheron at 8:18 AM