Exploring what can't be seen!


As some may have noticed I haven’t posted for a while and the reason was simple: I was waiting for my new ‘toy’ to arrive; which it did yesterday!

As many know, our digital SLRs have various filters on top of the sensor, that are there to make the general photographer happy, eg colour rendition and aliasing. The downside of this is that, if you wish to shoot at normal shutter speeds, to capture reflected solar infra-red, ie longer than, say, 720nm, you’re out of luck.

The cheap work around is to buy a 720nm filter and live with very long shutter speeds. A further work around is to use such a filter on a Point & Shoot camera, as the sensors on these are more sensitive to the reflected IR.

Up until now I have only played around with the IR filters: on both my DSLRs and my P&S cameras. That was until I decided to put my 50D to better use, than just sitting in the cupboard, cold shouldered by my 5DMk3.

After looking at various options, I elected to get Life Pixel (http://www.lifepixel.com/) to do the conversion and I decided to use the ‘Standard IR’ conversion, which has a 50% pass frequency of 720nm and is equivalent to the Wratten  89B gelatin filter. The conversion is normally $400, but is on offer at $275 at the moment.

The only ‘downside’ of the conversion is that the Camera’s dust cleaning function needs to be disabled, as the conversion removes this feature, together with the IR blocking filter that is normally in place. The conversion allows the camera to meter normally and to shoot at reasonable shutter speeds. For instance, today’s experiments, at EV0 and ISO 100, were at about 1/160s, ie easily handheld (although I did use a tripod today as I was exposure bracketing).

I also elected to not have the camera focus recalibrated, as I will use Live View and/or hyperfocal focusing. The conversion changes the focusing point, because of the frequency shift. However, because I have True DOF-Pro (www.georgedouvos.com), I am able to select the frequency when calculating the best focus point. True DOF-Pro and the other George Douvos Apps also correct for diffraction at IR frequencies as well.

Today was my first day experimenting with the 50D IR converted camera. I used my Sigma 10-20mm lens and enabled the 50D’s Magic Lantern auto bracketing at 1EV increments. This, together with using a hyperfocal focus distance at F/8 of 5ft, guaranteed I would capture the best photons at the best focus, ie from about 2ft to infinity.

I took one of my first captures and created a custom WB profile for Lightroom. This is needed because LR limits the WB temperature to 2000. The process was simple and only needed to be done once, ie: export the CR2 file to DNG; download the Adobe DNG Profile Editor; open up the DNG in the Profile Editor; Adjust to your liking (it really doesn’t matter as you can tweak in LR); save the profile to Lightroom, which then gives you a new camera profile and the ability to better correct your CR2 file, ie you don’t need to use DNGs, just the CR2s.

Today’s experiments were just designed to ‘get me going’. In the next month or so I will be posting more insights into IR photography.
So, watch this space!

This first one is a single capture which was simply converted to B&W in Silver Efex Pro 2: 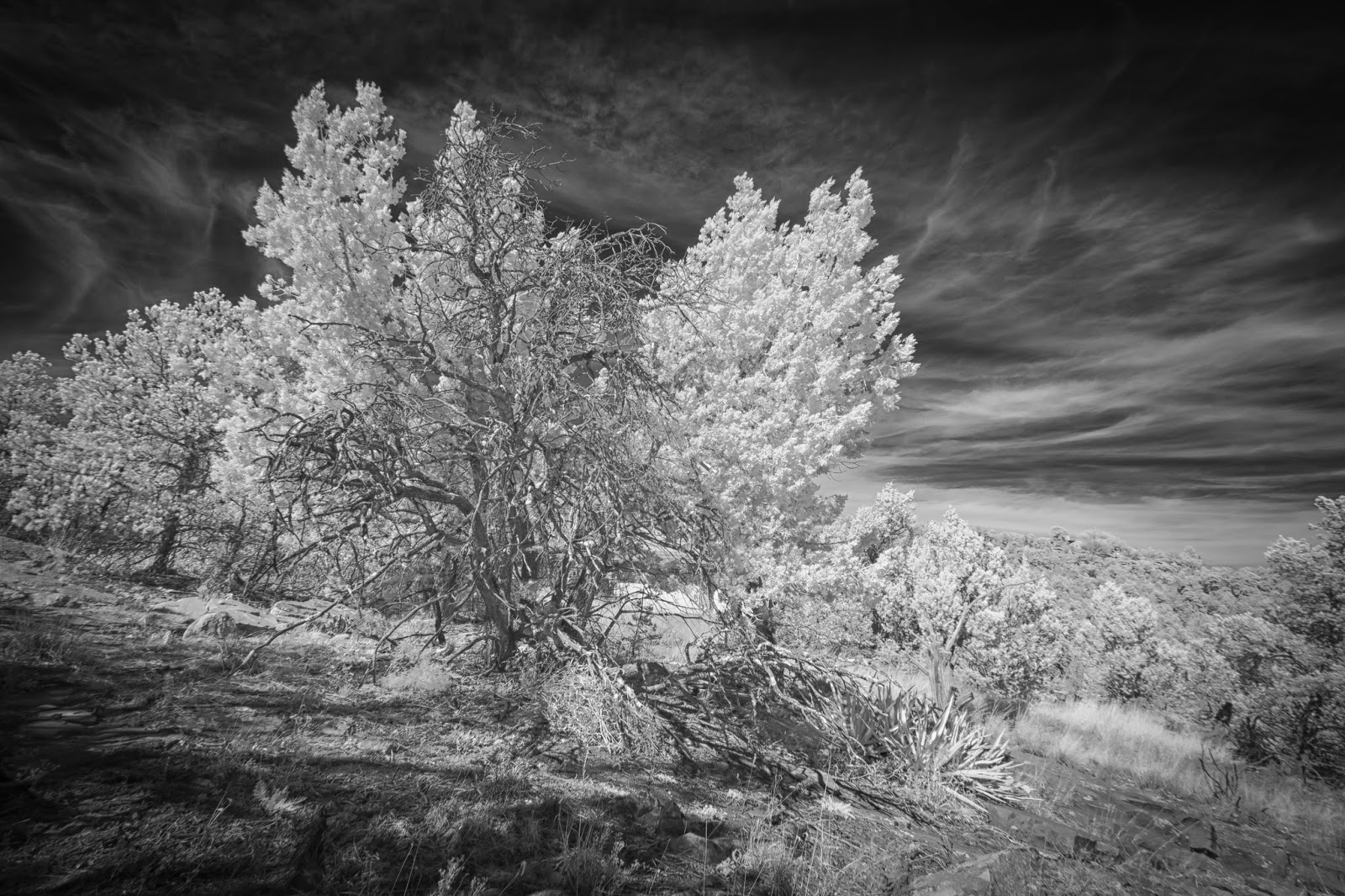 This next one is a four exposure bracket that I processed in PhotoMatix. I tried to keep some colour hint in the image, ie the exercise ball: 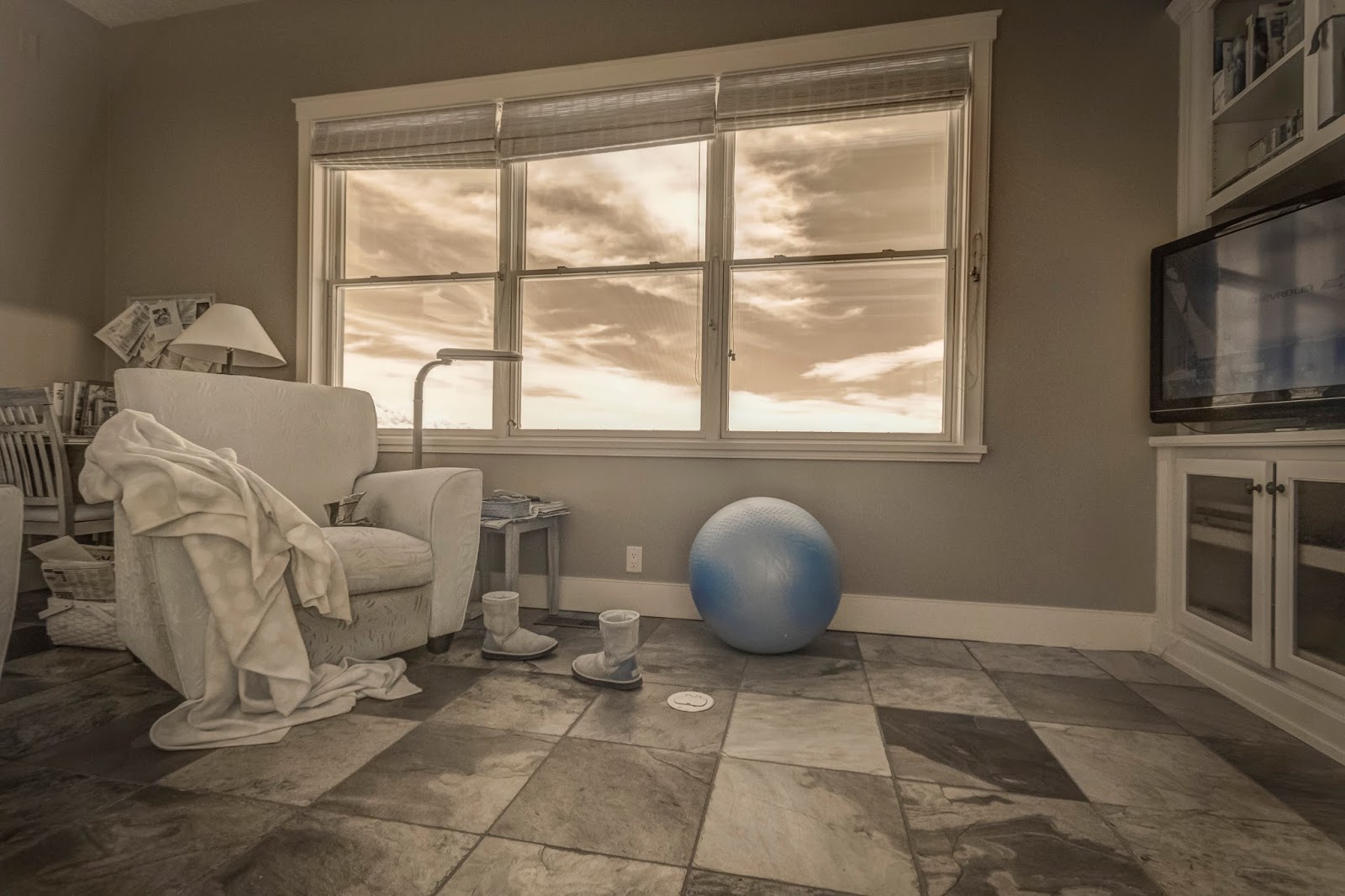 Finally in this single image I played around with Color Efex Pro 4 to try and create an image with a hint of 'real' colours: 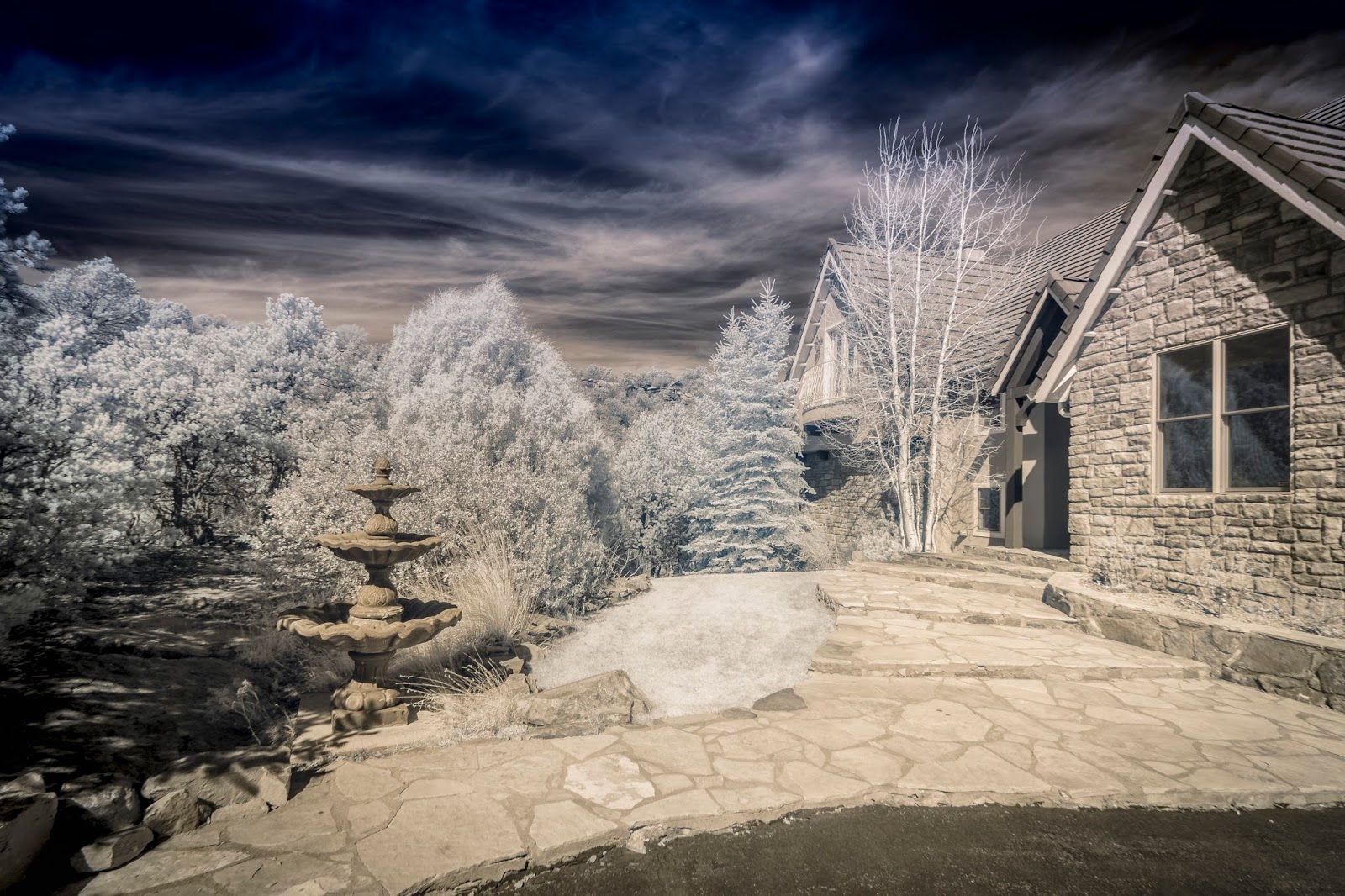 Posted by Grayheron at 4:43 PM