I’m lucky enough to be a member of a great Camera Club: the Enchanted Lens Camera Club of Albuquerque (www.enchantedlens.org). I find being a member of a camera club pushes your photography development, as you think about competing and you gain from feedback on your images and your camera club colleagues’.

This last month I decided to experiment with compositing as my entry. But what?

Because I’m trying to get a better understanding of IR photography, I decided to base my composite on an IR base image that I had previously taken with my G11 and a 720nm IR Hoya filter. My thinking was that IR brings a rather ethereal feel to an image; therefore I needed to exploit this.

After a few attempts in Photoshop I decide to call my image “Selene bathing in her Grotto”: Selene being the Greek Moon Goddess. I used an image of the full moon I had taken with my 500mm lens.

I now needed a Selene and remembered a studio shoot I had done with a lovely model called Amada. I had my Selene.

For my fourth and final element I used an image of a door I had taken at Winchester Cathedral. I felt the blue of the door matched the cold ethereal IR scene.

As a Photoshop CC user, I feel reasonably confident now in using layers and blending modes etc. So I was pleased when the resultant image won a 1st in last month’s open competition.

Of course, from the judge’s feedback, I now appreciate I should have done a few things better: so expect another interpretation of Selene in the near future! 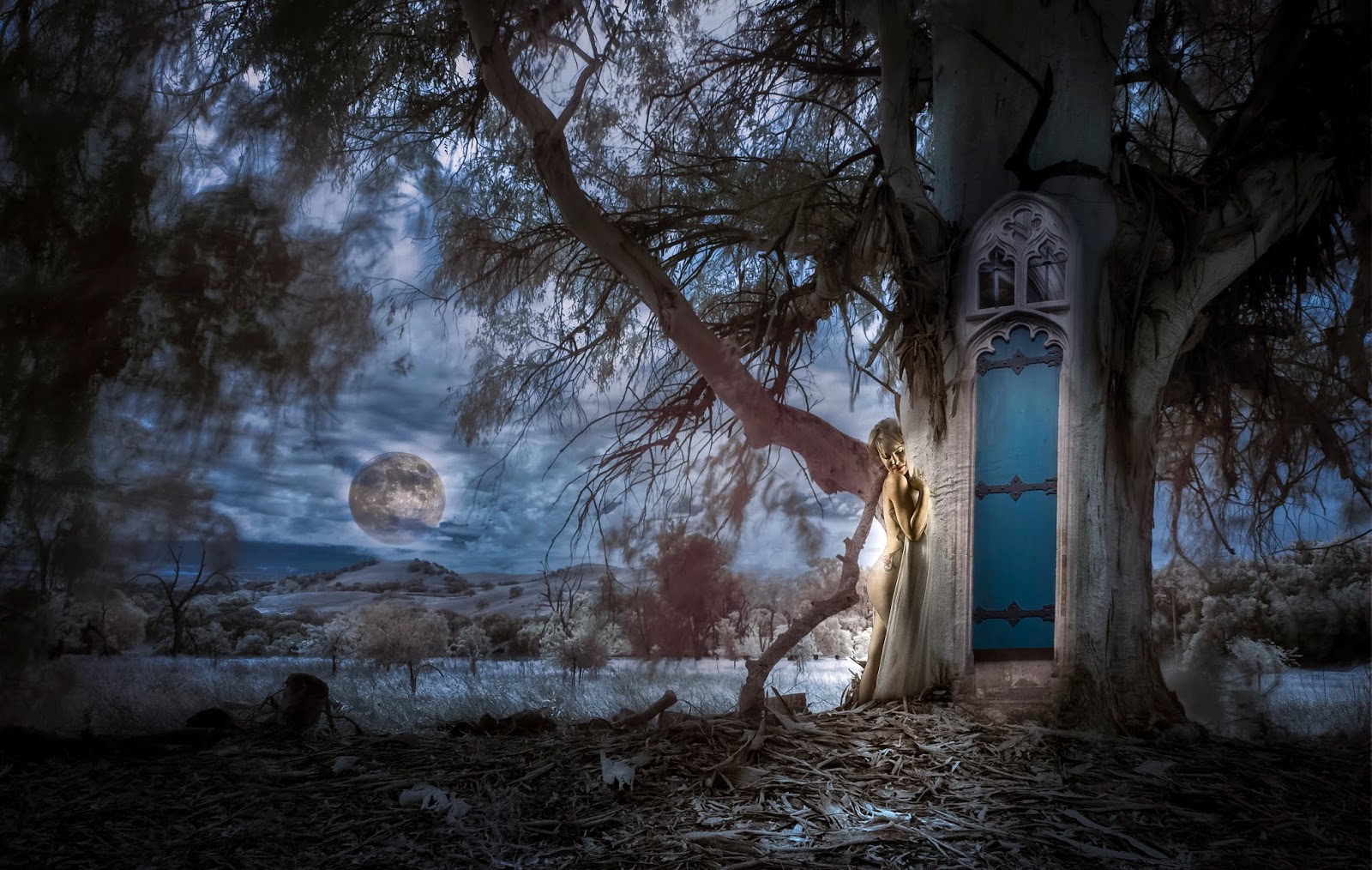 Posted by Grayheron at 6:54 PM