I’m just coming to the end of post-operative recovery, following eye surgery, thus, over the past week of so, I have had a chance to ‘play around’ inside the house with some photography; and, in particular, macro photography.

Although I have a 100mm F/2.8L macro lens and a set of extension tubes, both of which I have used many times, I wanted to experiment with a few other macro technics, namely, reversing my 50mm prime and bellows.

I already had a set of 2-axis focusing rails and therefore all Amazon had to provide was a reversing ring adapter for my 5DIII body and a set of bellows, all of course care of China Inc.


The reversing ring macro was OK, but I need to carry our more experiments to convince myself that this is a useful approach. On this occasion my main focus (sorry) was to get to know the bellows.

The setup was pretty simple (see image below). I first put my 50mm prime on the 5DIII and set the aperture I wanted to shoot at, ie F/16; I then carried out the ‘lens twist trick’ to lock the F/16 setting into the lens. Of course the effective aperture, because of magnification, would push the set up into ‘diffraction problem territory’, but on this occasion I ignored that. In future I will likely lock the lens at about F/8.

I then mounted the camera and lens to the bellows and the camera-lens-bellows to the cross rail and a tripod. I set the bellows at just over the 2x magnification point for the 50mm focal length of the lens, where the depth of field was sub-millimeter (see one of the images from the stack below).

Because I was using the bellows I could not use any auto focus stacking tools, ie my Promote Remote, Cam Ranger or my Tethered EOS-Utility. It was going to be handraulic test.

The third image shows the result from my first stack of 40 images, processed in Zerene Stacker. My subject was a small, dying (dead!) paperwhite narcissus, with a piece of debris (just under 3mm long), which I had not spotted with my recovering eye sight!

Although I give myself zero points for composition, I think the overall experiment was a great success.

Bottom line: using a cheap (made in China) set of bellows, a 50mm prime and a little patience, I believe high magnification, focus-stacked macros are going to allow me to explore the small world that exists around us! 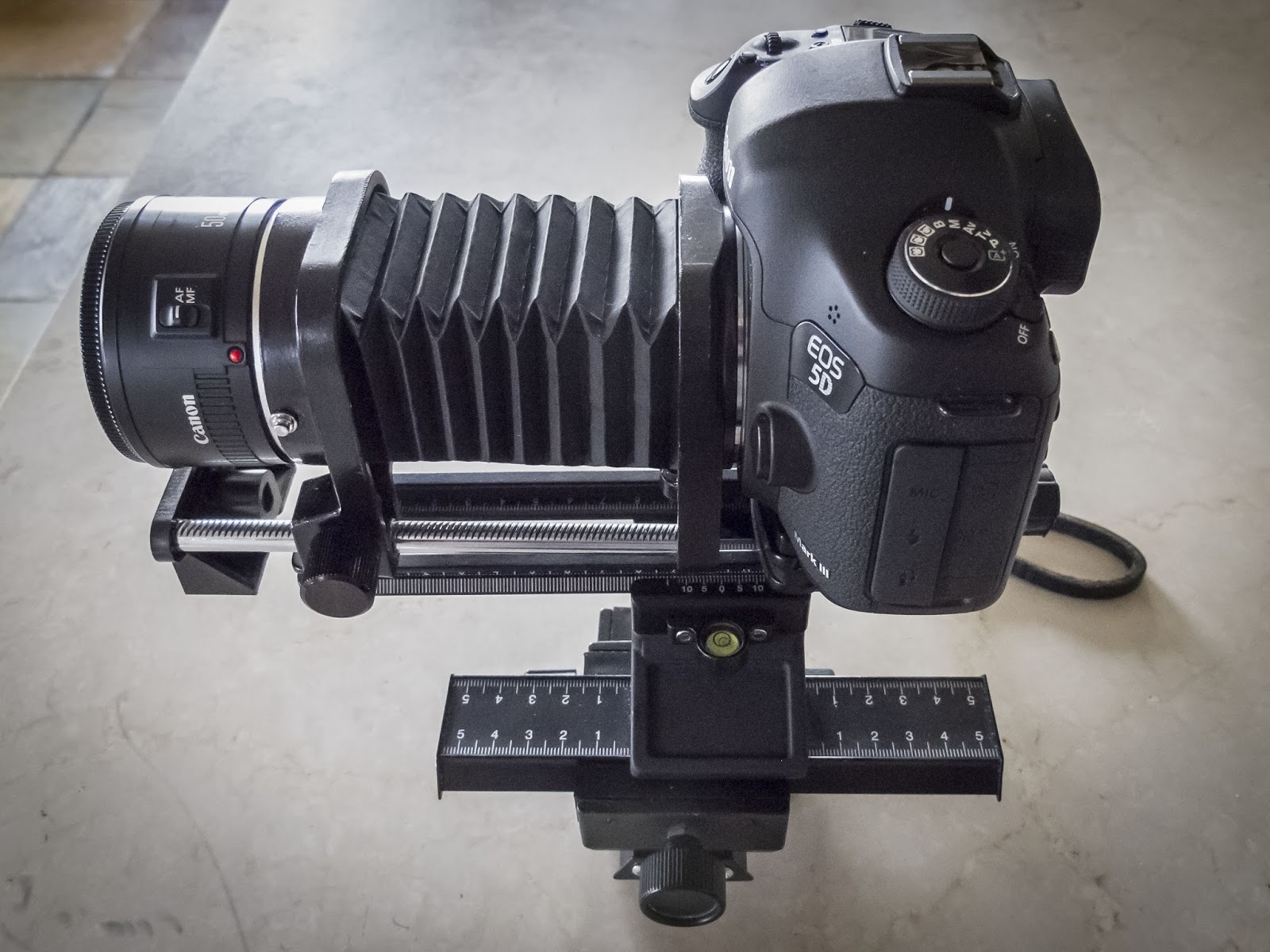 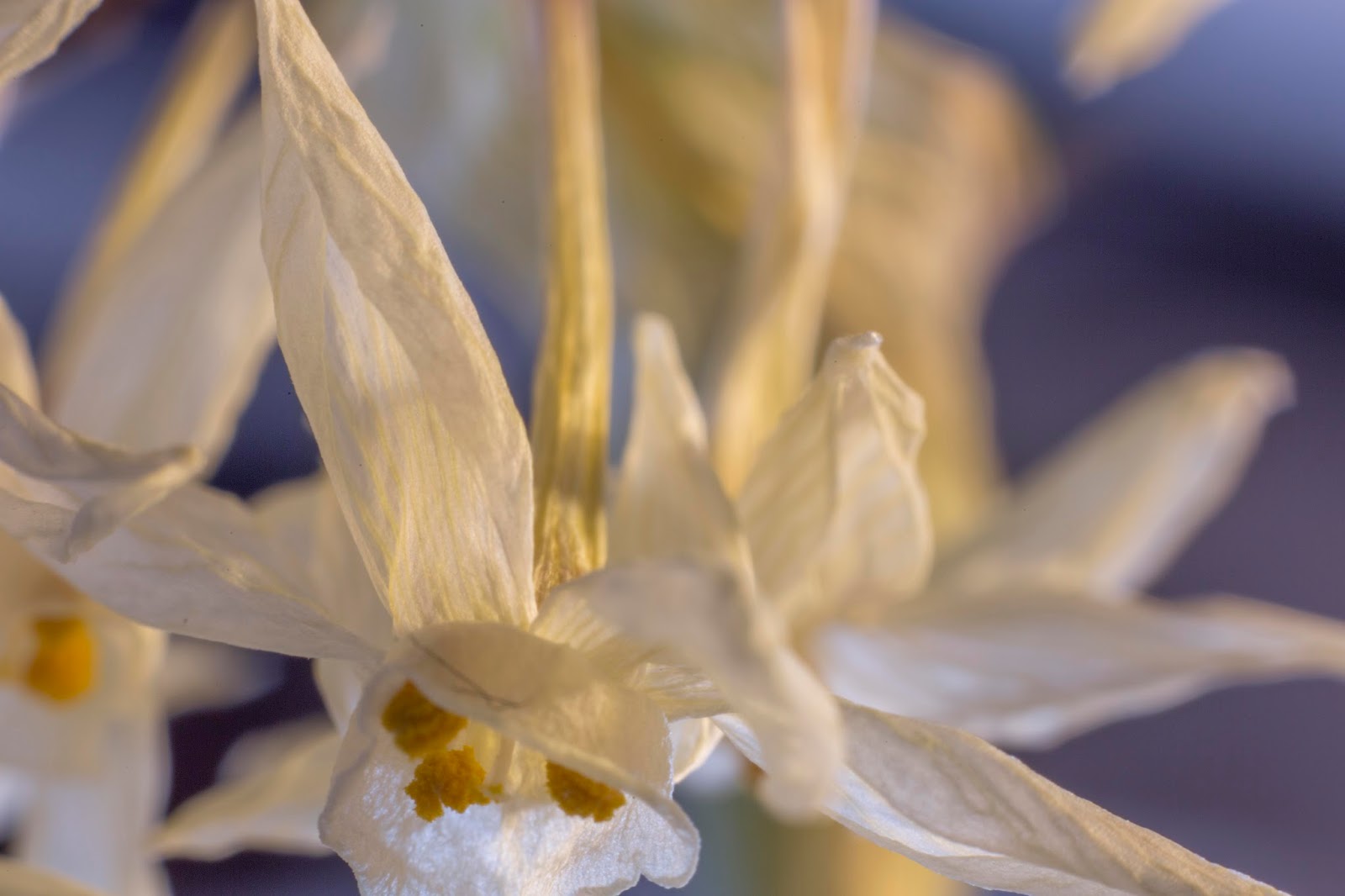 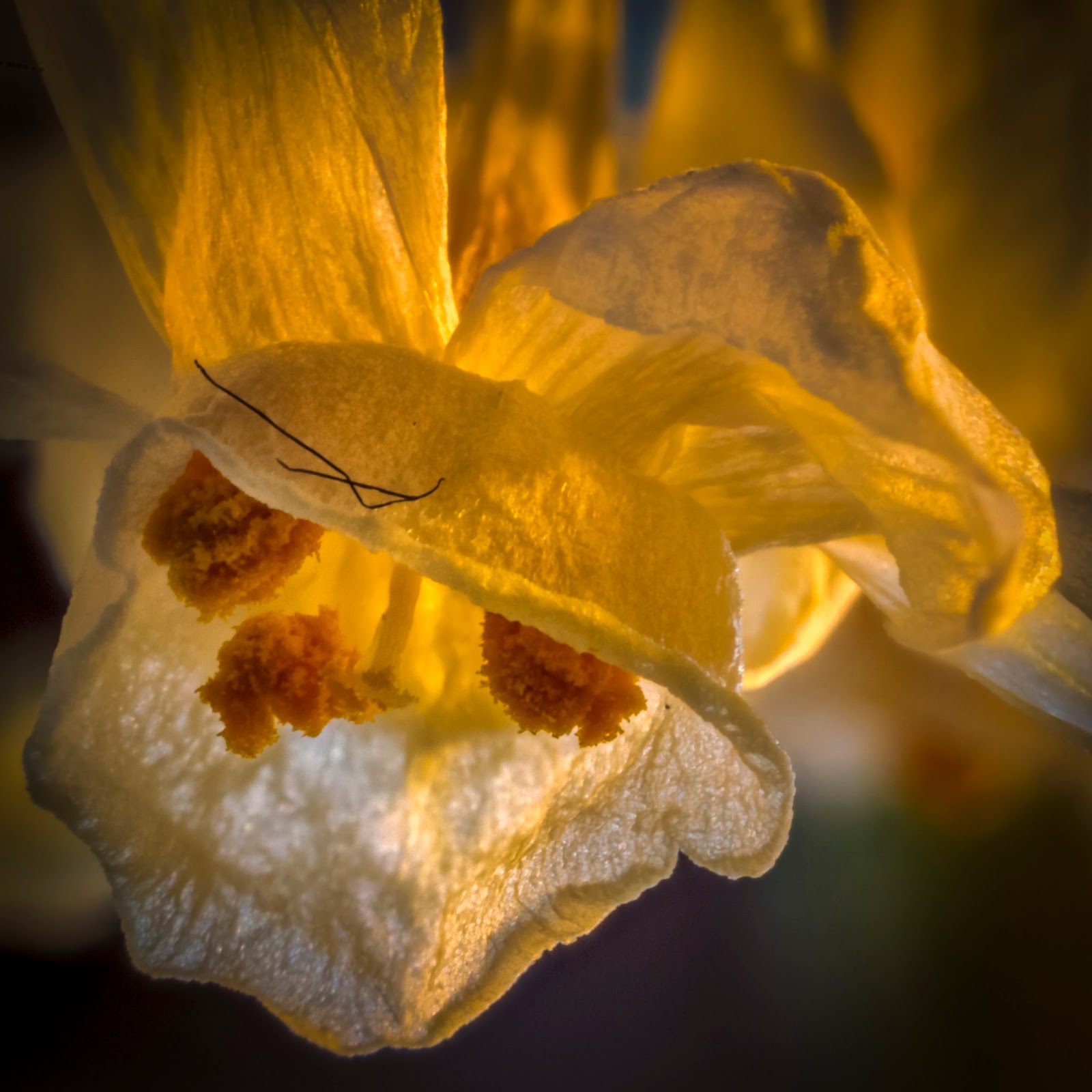 Posted by Grayheron at 4:03 PM