Like many, I'm sure, I've been looking at the downward cost in digital Medium Format cameras. Ok, some MF cameras remain out of reach at  many 10s of thousands of pounds, but some are becoming 'affordable', eg the Fuji GFX line offering MF camera bodies from just over 3000 pounds.

As for lenses, well I effectively have a MF lens, in the form of my Canon TS-E 24mm II. That is a lot of glass, that costs lots of money.

So, after a lot of thinking, I've decided, for now ;-), to stick with the 35mm format, and, of course, my Canon 5D3, because of its ability to run Magic Lantern.

Also, the 5D3 'compares' well to the MF cameras in some aspects. For example, the 5D3 pixel size is 6.3 microns: larger than most MF sensors.

As for sensor size, a single 35mm image capture is, of course, smaller in area than a MF capture: 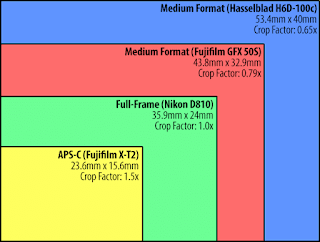 But with the TS-E, we can shoot in portrait orientation and add 24mm (2x12mm) in shift, thus giving a 'virtual' sensor area of 48mmx36mm, ie in between the Fuji and Hasselblad formats. Using the diagonal of the sensor, this gives a crop of 0.72 and a diagonal FoV of 102 degrees, compared to the standard 72 degrees of a single 24mm image from the TS-E. That is like shooting with just over an 18mm lens. 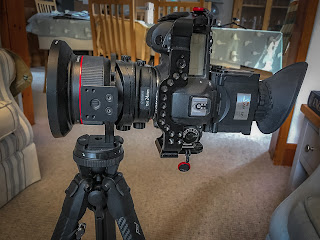 Here we see my caged 5D3 in portrait mode, attached to its TSE tripod adapter, giving me access to tilt and shift as well as putting the lens over its nodal point.

To use the 5D3 in a pseudo MF mode, one simply composes for the shifted scene, ie to ensure I'm capturing the points of interest in the +/- 12mm edges. 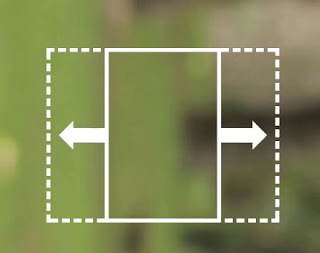 As I didn't need/wish to carry out manual focus bracketing in this demo, I simply used DOFIS to set up my required infinity defocus, 14 microns, and, accounting for diffraction, giving a total infinity blur of 18 microns: 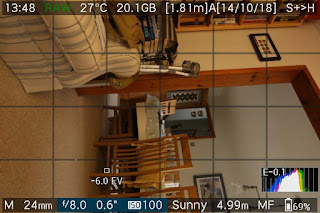 The screen capture above shows one of the three images, ie: one at zero shift, one at +12mm shift and one at -12mm shift. As you can see, DOFIS is giving me the info I need, ie a near DoF of 1.81m and total infinity blur of 18 microns. We also see that DOFIS has recognised that the lens is registered, ie we see an S, that diffraction aware is on, ie + is shown, and, of course we are focused beyond the hyperfocal, >H. 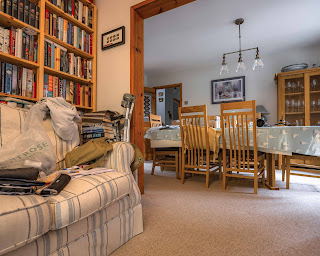 The three ETTRed images were then ingested into Lightroom and merged with the LR pano feature. The resultant 33MP image, ie 6517x5214 when cropped to a 5x4 format, provides lots of latitude if printing. The final (JPEG), merged, test image, shown above, is, of course, a perfect pano, as the lens remains stationary during the three captures.

So there you have it: if you are lucky enough to have a tilt/shift lens, you can experiment with a virtual Medium Format camera: for free! Plus, of course, DOFIS helps with focusing, including, but not used here, providing you with focus bracketing feedback.

Posted by Grayheron at 7:00 AM