Some of the responses from my recent posts about Magic Lantern on the 5DMkIII, indicate that not all are convinced as to the value of dual-ISO; where, in a single image, you capture a wider dynamic range than is possible in a normal image. The ‘criticism’ is that post processing workflow is too complex and/or time consuming.
Well let’s look at that assertion.

My  5DMkIII is able to capture a DR of about 7Ev (rounding down a bit) and, for metering, ie clipping, I would say it was 6.5Ev. Thus, if the scene I was capturing was wider than this I would usually adopt a bracketing strategy; and throw these brackets at one of my HDR pieces of software, either tone mapping the brackets or using a fusion algorithm. Note all this this takes time, eg: first setting up the bracketing strategy, then taking the brackets, then ingesting into Lightroom, then exporting the brackets to, say, Photomatix, then bringing back the processed TIFF file into LR, then post processing the new (TIFF) ‘negative’

So what about an ML dual-ISO LR-based workflow, well it goes like this (some steps you only need to do once to set up the workflow):

The attached handheld dual-ISO was taken this evening to provide an illustration of the dual-ISO output. I estimated the base scene to have a DR of over 10Ev, ie window area to bookcase. Although not a winning image, it does show that a post-processed dual-ISO offers an alternative route to capturing wide DR scenes, ie an alternative strategy between non-dual-ISO single capture and bracketing.

Although the workflow above may look complicated, once you have been through it a few times it becomes very quick. Certainly not taking any more time than processing a set of (HDR) brackets.

Bottom line: for the Canon DSLR shooters the ML dual-ISO offers an interesting additional strategy to capturing high-DR scenes, especially if you are forced to use a single-image capture approach, eg because of subject movement. 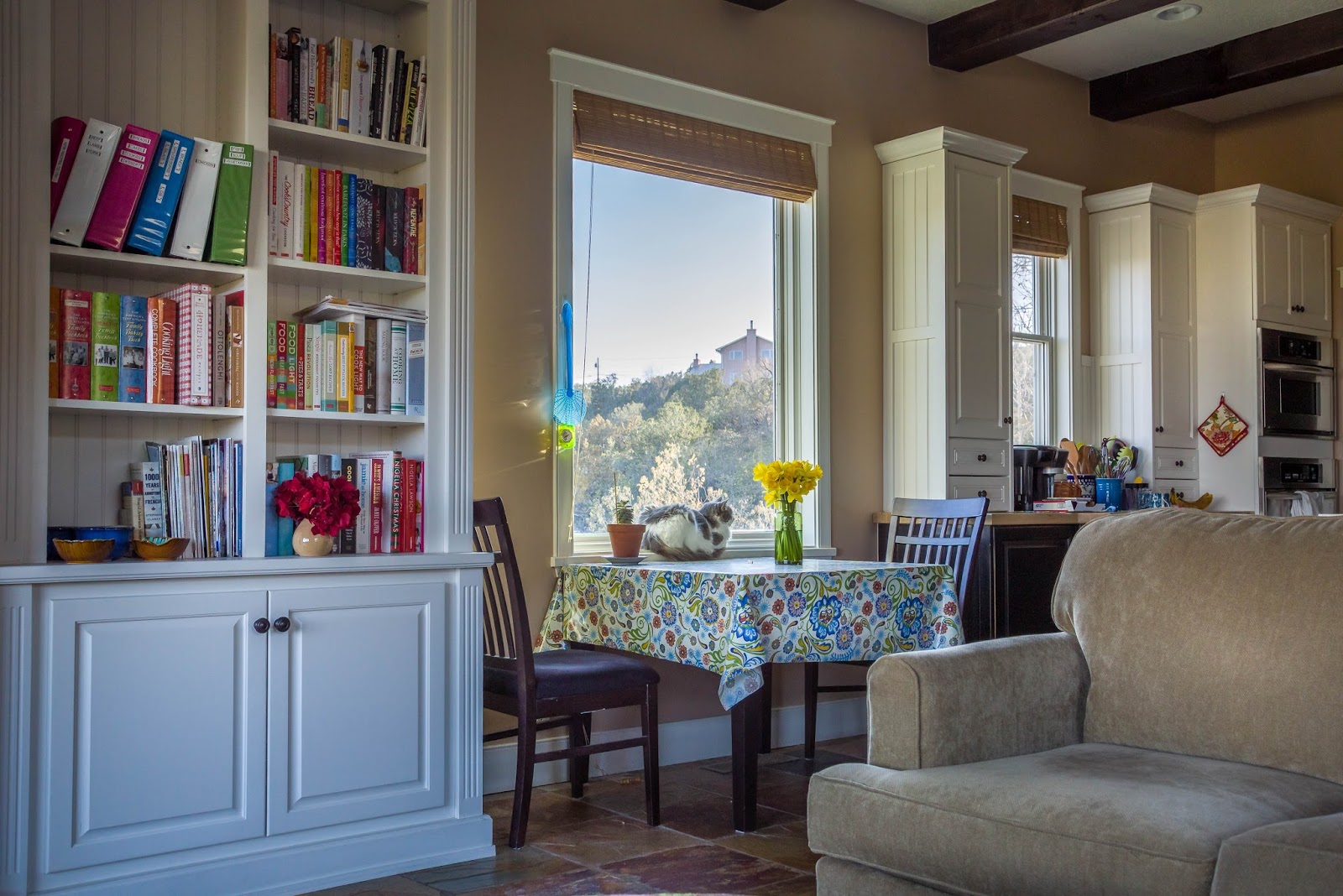 Posted by Grayheron at 5:56 PM