In this post I will continue illustrating the power of the CHDK M series cameras (eg the M3 andM10), when paired with my Landscape (focus and exposure) Bracketing Script.

Both the M3 and the M10 benefit (from my perspective) by having a 'simple' tilt screen that means it is ideally suited for low level work.

When combined with a few more 'bits and bobs', you can end up with the following: 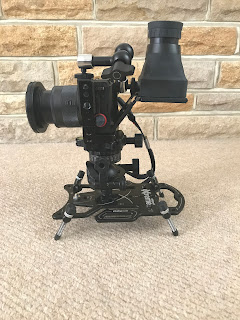 Now I know some will be highly critical of the above arrangement, which brings the M3 together with: a Platypod Extreme base; an AcraTech ballhead, used in leveling mode; a Smallrig cage, that allows one to attach a Hoodman loupe, using a Smallrig articulating arm.

For me, configuring the above has been fun ;-)

So what about a couple of test shots?

The first was taken indoors with the LBS logging switched on. Focus bracketing was set to Min2Inf. No exposure bracketing was requested, but an ETTR sky/infinity exposure was. Bookends were turned on. The camera was set to ISO100, f/6.3 at 11mm.

Here we see the bookends delineating the bracket set and that the script took 8 focus brackets, up to and including at the hyperfocal and 3x the hyperfocal, and one Sky (ETTR) image at 3x the hyperfocal, as confirmed by the following log that was captured. Note distances are measured from the sensor and, in this case, I selected a 15 micron overlap blur. In addition, through the script’s menu, I elected to use the lower Canon reported distance, rather than the upper or harmonic mean, to give me a little more focus bracketing insurance.

After processing in Lightroom and Photoshop, the test image looked like this: 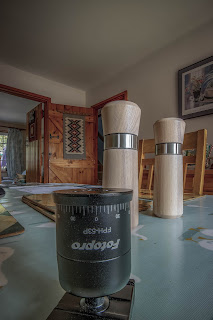 The second test was taken outside, with the Platypod on the ground, and, once again, the Min2Inf and Sky/Infinity ETTR options were used: 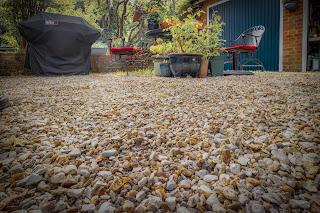 Bottom line: although I'm not suggesting the camera arrangement above is optimum, It does allow one to capture complex, low level. mixed focus/exposure bracket sets: all in bright sunlight, ie you can clearly see the LCD. Plus, as I said above, it's all fun :-)

As usual I welcome any feedback on the post or any of my posts.

Posted by Grayheron at 7:38 AM