One of my objectives in writing the M3 Landscape Bracketing Script (LBS) was to provide the maximum amount of focus and exposure information that was possible.

Because of this, I've just added another tweak to the UI.

As mentioned in the last post, the left hand info group provides feedback on the focus position and the number of focus brackets you will need to take to cover from the current focus to the hyperfocal, for example: 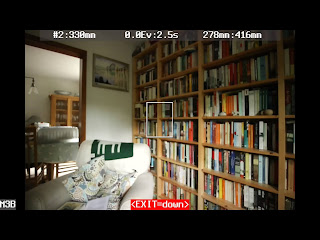 In the above we see that focus is at 330mm from the sensor and that we will need to take 2 focus brackets to cover out to the (overlap set) hyperfocal.

Up until now, once focus went beyond the hyperfocal, the bracket infomation field would simply show ">=H".

The script now shows how many hyperfocal lengths you are focused beyond the hyperfocal. For example: 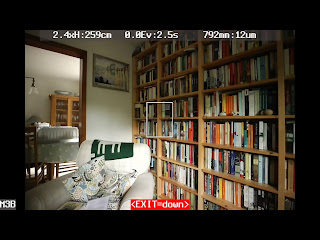 In the above we see that we are at 259cm from the sensor and this equates to about 2.4 times the hyperfocal, which allows us to estimate the infinity defocus blur, ie knowing the hyperfocal is calculated from the overlap CoC: 15 microns in this case.

If we now set focus to infinity, ie where there is no useful focus information, the script will show the following: 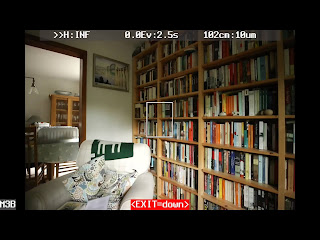 Here we see the script is showing we are well beyond the hyperfocal (>>H) and that focus is at the Canon infinity point, where there is no information. This is not a good place to be on a lens that allows you to focus 'beyond infinity'. Thus the M3 LBS tells you when to 'back off' the focus, ie until you see some CHDK/Canon reporting of focus position.

We also see the infinity blur, when focused at infinity,  being reported as 10 microns: which is, of course, the diffraction blur, as the diffraction aware blur option is switched on.

Posted by Grayheron at 6:46 AM