In this short post I will show how good Helicon Focus is at focus merging a deep stack of test images: albeit, once again, from my kitchen :-(

I used my EOS M3, with my M3 Bracketing script, to capture a focus bracket set from the lens closest focus (15cm) to an infinity focus at 3x the overlap hyperfocal, which I set at 15 microns.

I set the focal length to 11mm, and shot at ISO 100, with an F/8 aperture at a 0.4 seconds shutter. Having set this via the histogram.

The script then took 9 images, with the last two at the overlap hyperfocal and at three times this, giving a final image infinity defocus blur of 5 microns, ie 15/3.

The first and last image captures show the focus extremes: 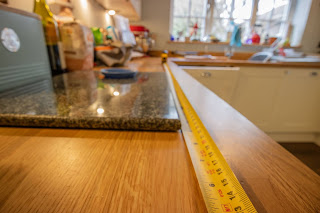 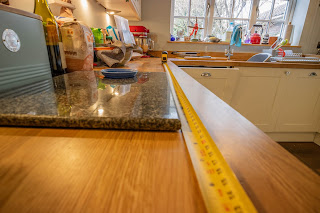 After ingesting into Lightroom, I adjusted the last image for overall exposure balance, selected remove chromatic aberration and switched off lens correction. I then synced these settings across the nine images.

Using Jeffrey Friedl's Metadata Viewer plugin for Lightroom, I confirmed the behaviour of each image's focus. Canon provides this info in the EXIF data under Upper and Lower focus distance fields; in cm. The numbers for this test were; lower/upper in cm:

In the M3 Brackets script, to ensure focus insurance, I use the lower value, rather than the upper or even the geometric mean.

I then selected the images and did a round trip export from Lightroom to Helicon Focus (HF).

In HF I chose Method B and watched Helicon Focus work its magic. The following video shows how a perfect deep focus stack, as captured by the M3 Brackets script, is processed in HF. You can clearly see the seamless focus captures, ie no focus gaps:

After HF returned the processed image to LR, I corrected the image for the verticals, tweaked the 'look' a bit more and cropped to this final image: 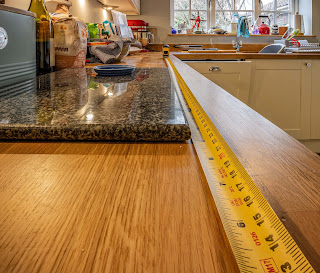 There is no doubt about it in my mind, my CHDK or ML, deep focus capture scripts, based on the DOFIS split lens model, together with the Lightroom and Helicon Focus partnership, provides an incredibly powerful capture workflow for deep focus photography.
Once things return to normal, and C19 is behind us, I'm looking forward to real deep focus testing, ie in the wild!