DOFIS just gets better and better

As previously mentioned, I consider DOFIS the best script that I've written. It does what it was designed to do and as best as it can.

In this post I'm going to be talking about the latest DOFIS enhancements that should, IMHO,  result in Magic Lantern photographers or videographers having DOFIS running all the time.

DOFIS now does the following:

As an example, here's what the DOFIS menu looks like: 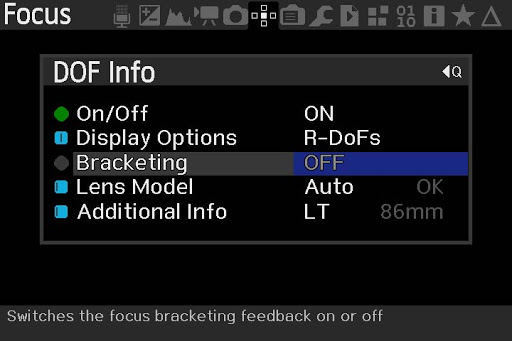 Here we see the DOFIS display is ON; the DoF display option is set to show the relative near and far DoF; that bracketing feedback is off; that the lens model is in Auto mode and it has found a lens; and that the lens thickness is 86mm, which means the DoF info now matches the manufacturer's data at the maximum magnification. To see the difference, select M@x and toggle between the split and thin lens models.

Finally, here is a screen capture showing what the DOFIS display looks like, using the above settings: 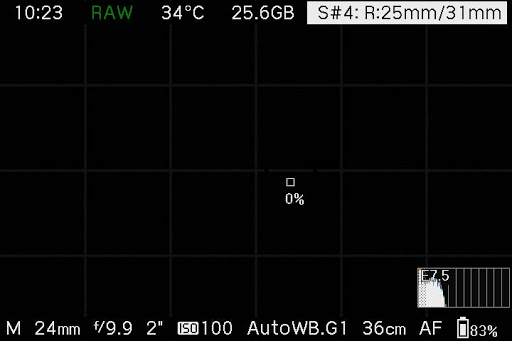 Here was see that a split lens model is in use (S), that 4 brackets are required to focus bracket from the current focus (36cm) to the hyperfocal; that DOFIS is displaying defocus DoFs, ie ignoring diffraction, in a relative mode, ie the near and far DoF either side of the point of focus; remembering that the blur at these DoFs is the blur you set in the ML CoC menu.

As usual I welcome feedback on DOFIS, especially from users in the field.

Posted by Grayheron at 2:44 AM