Ignoring the artistic dimension of an image, which includes focus etc, there are two technical areas that we tend to worry about: dynamic range and, what I call, tonal quality.

Dynamic range addresses clipping, ie lost data, eg as long as we have not clipped highlights or shadows, we have fully captured the dynamic range.

But DR doesn't address the quality of the tonal resolution we captured, which talks to the post processing dimension, ie moving the data around for artistic reasons and ensuring tonal 'smoothness'. This tonal dimension accounts for the way a digital file is captured, eg:

The above shows the 'problem', the image data on the left, ie in the shadows has lower tonal bandwidth (or resolution if you like) per stop than the image data in the highlights.The fact is, half of our tonal resolution is in the right most stop.

So I thought I would do an experiment and try some extreme ETTR, ie use ML's ETTR plus activating Dual-ISO.

During my trip to Scotland last year, I had the opportunity to shoot some extreme ETTR shots. That is shots where I wanted to maximise the tonal data.

My 'mistake' was not creating a reference image, ie ETTR alone. But we're all human ;-)

As an example of what such extreme image capture looks like, here is the base/RAW capture that I took with my 5D3: 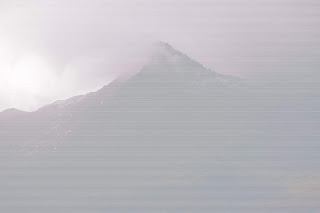 If you zoom in you will see the interlaced Dual-ISO capture, that is, the lines are switched between using ISO 100 and ISO 1600.

As I say, an extreme ETTR capture.

The first job is to create a base image from the Dual-ISO, which is simply accomplished with the Dual-ISO Lightroom plugin: resulting in this base image ready for post processing: 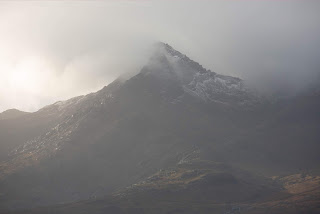 The final stage is to first use LR to create an image suitable for Photoshop, where I used various TKActions to help me arrive at the final 4:3 ratio image: 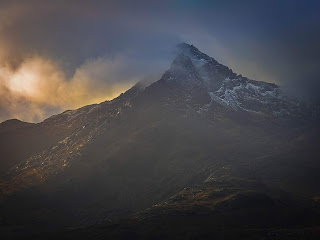 Clearly, such extreme image capture is not to everyone's taste. But each to their own I say :-)
Posted by Grayheron at 1:57 PM