Taking the EOSM to new heights

A lot has happened since my last post, so it may take me a few blog entries to catch up with things.

From a photography perspective I have been fortunate enough to travel to Ireland and France with my camera(s): so, I have a great set of ‘data’ from the field.

Gear wise I still suffer from GAS, ie Gear Acquisition Syndrome; so I have some stories to tell :-)

To kick things off, let me share with you some things I’ve been doing with my trusty Canon EOSMs. I have three of these, with one having been converted to Infrared capture.

For me the EOSM, coupled with Magic Lantern, eg RAW-ETTR, Dual-ISO and Auto-Bracketing, represents the ‘ultimate’ cropped format companion, despite the EOSM now being some 6 years old.

I have augmented two of EOSMs with a cage and handle set-up, which gives me something to hold and to bolt on to! 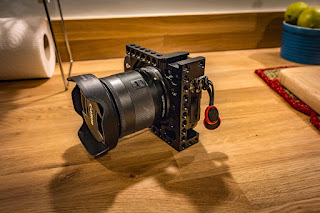 To further enhance my EOSM family, I also use the following ‘add ons’:

A Swivi S5 loupe, which is great for low level photography: 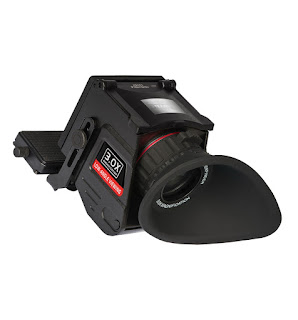 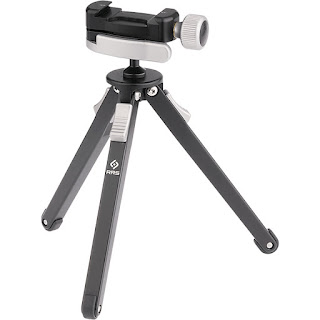 A Really Right Stuff Safari Clamp, which works with the BC-18: 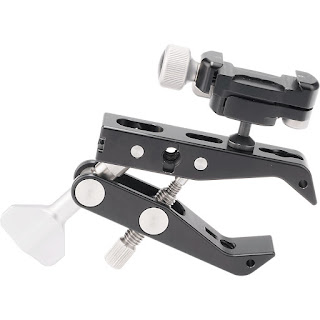 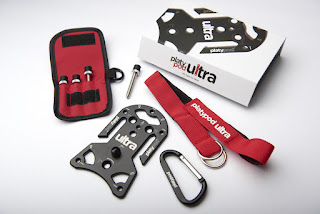 …and this week some new stuff turned up!

The latest addition to my EOSM toolkit arrived in the form of a Medium Format adapter! Yes that’s right I now can shoot (quasi) Medium Format images with my EOSMs (visible and IR bands).

Let me first clarify what I mean by a Medium Format EOSM.

Although I’m not (yet) using a technical camera, with front and rear standards, (but I hope to in time), I am using a Mamiya Sekor 645 lens (I have a 45mm FL F/2.8 N at the moment) and coupling this to a Fotodiox adater (link), to create a ‘virtual’ medium format sensor back (my EOSM) through, what I call, ‘sensor bracketing’.

The limitation of the approach is you require time to capture the medium format data, thus the technique is best suited for images where objects are not moving (by much) and/or you can tolerate movement, eg LE work. Also, the EOSM sensor pixel size is a little bit smaller than one typically found in a digital medium format camera. 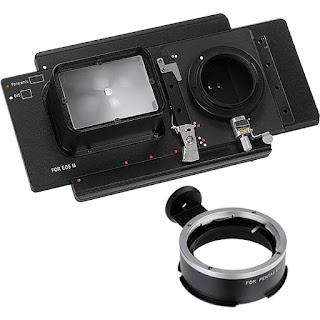 As I say, the lens is a 645 45mm one, which I already had for use with my Fotodiox ND Throttle on my 5D3 (or EOSM via an adapter). A variable ND that sits behind the lens, thus eliminating the 'dark X effect' when using a wide angle lens. 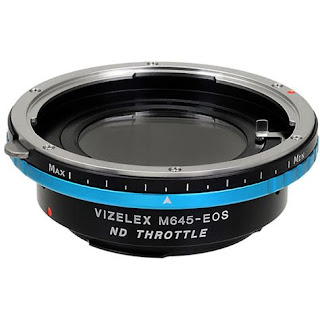 On a more serious note this approach allows one to capture images for large prints, either ‘full’ 645 format (8 EOSM captures) or high resolution panos (6 EOSM captures), for high quality and/or large printing, ie competitions/exhibits etc. Unlike other approaches, eg pano heads etc, there is no distortion with this approach, as the lens remains fixed. The closest I currently have to the approach is to use my 24mm TSE lens in shift mode: which I do with my 5D3.

Before looking at an example, let’s talk about ‘scaling’.

Similarly, we can talk about the crop of a medium format lens systems, where the sensor comparatively looks like this. Plus for fun we see what an iPhone sensor looks like. 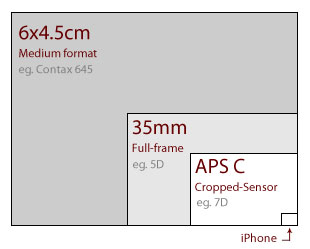 If I’m interested in using the EOSM-Fotodiox Medium Format set up for high quality work, I would therefore use a CoC of, say, 22 microns, giving an approximate focus requirement at F/16 of 45X45/(0.022*16), ie just under 6m.

BTW it is useful to remember, that to calculate the approximate focus point for any infinity blur of C (ignoring diffraction), you simply focus at f*f/(N*C). Where f is the focal length and N the aperture. With f and C in the same units, eg mm. Remembering that Cs less than two sensor pixels are rather meaningless, ie you should 'never' focus at infinity, but short of it, ie at f*f/(N*sensor-pixel^2).

So let’s cut to the chase. How does one use the Fotodiox 645 adapter? Plus, how does one post process the captured (sensor) bracket set?

First it is worth noting that in the last week Adobe updated both Lightroom and Photoshop CC, so they now can automatically stitch an exposure bracketed, pano set. Thus, in addition to the sensor brackets, one can factor in exposure brackets at each sensor bracket point, and, in post, push one button to process the bracket set.

I composed the image, upside down, so this really feels like ‘old photography’ [:-)], using the adapter’s viewing ‘screen’, then moved the EOSM to the first capture location. Here I estimated 6m into the field and focused the lens at that point; then set the aperture on the lens to F/16. I then ETTRed using Magic Lantern and took the required ‘sensor brackets’ and three exposure brackets, ie 18 images.

I then ingested the captured brackets into LR and processed them: in later posts I’ll talk about how one can use Photoshop to further process such images. Plus, of course, how to do sensor, exposure and focus bracketing together!

Finally, there are obviously limitations one needs to accept. For a start you can't really shoot with movement in the scene. In future posts I'll explore ways to maximise the value of the approach, eg using ND filters and shooting LE bracket sets.
Posted by Grayheron at 1:04 PM