How far can you push things?


As I prepare for a photography trip in Feb (more about this soon), I’ve used the Christmas break to reset my Magic Lantern configuration. Up until now I’ve been using the Canon 5D3-113 firmware, as, in ML, this is the ‘best’; but only if you are a videographer - which I’m not.

The downside of using the 113 Canon firmware is that it doesn’t support F/8 AF.

Why is this important? Because my 70-200 F/4L with a x2 extender means that the minimum (widest) aperture is F/8. So I took the decision to move the 123 ML version.

Moving back and forth between 113 and 123 is a simple matter for loading thee appropriate Canon firmware, doing and in-camera update and then following this with the appropriate in-camera ML update.

Having assured myself that all my ‘go to’ scripts work, ie: Auto Bracketing, Auto HFD, LE Simulation and Super Resolution bracketing (see on the right), I’ve spent a few hours testing the F/8 AF capability.

As I’ve been on a Christmas (garden) safari for a week [:-)], I had lots of willing subjects: as long as I fed them!

As many will be aware, unless you have a camera with an ISO invariant sensor (and I don’t), then you need to appreciate the ‘limitations’ of the sensor as you set exposure. For example, recognising you may need to prioritise something, eg shutter speed; use ETTR for the case where the camera electronics limit things, eg below about 1600 for my 5DIII, and simply push whatever image comes out of the camera in the ISO invariant zone, eg about 1600 for my 5DIII. I’ve used this chart for a 5DII from here before: http://www.clarkvision.com/articles/iso/

I processed the image in LR and used Piccure+ as well. The resulting image would not win me any prizes, but it does show what an ISO 12800 image looks like on the 5DIII. 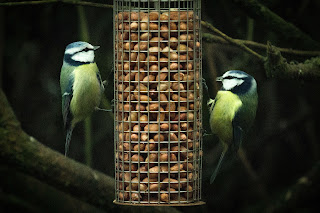