Lessons from the Road - Part 1

Some may think that being in the US means that I’m always on the road ‘doing photography’. Unfortunately, that is not the case; but not for the obvious reason, ie work.

The real reason is the fact that the US is big, really big! 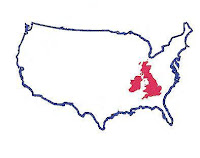 As an example, the other week we took a ‘short’ two-night trip to see the Carlsbad Caverns and White Sands, which, from Albuquerque, ended up being over an 850 mile round trip!

The distance is one thing, but compound this with US driving styles, which are definitely not British, you have a long journey, punctured by a few hours doing photography.

Wiki tells us that Carlsbad Caverns National Park is situated in a bed of limestone above groundwater level. During cavern development, it was within the groundwater zone. Deep below the limestones are petroleum reserves (part of the Mid-Continent Oil Field). At a time near the end of the Cenozoic, hydrogen sulphide began to seep upwards from the petroleum into the groundwater. The combination of hydrogen sulphide and oxygen from the water formed sulphuric acid. The sulphuric acid then continued upward, aggressively dissolving the limestone deposits to form caverns.

Once the acidic groundwater drained from the caverns, speleothems began to be deposited within the cavern. Erosion above ground created the natural entrance to the Carlsbad Caverns within the last million years. Exposure to the surface has allowed for the influx of air into the cavern. Rainwater and snow-melt percolating downward into the ground pick up carbon dioxide; once this water reaches a cavern ceiling, it precipitates and evaporates, leaving behind a small calcium carbonate deposit.

From a photography perspective, I knew shooting underground, with lots of coloured/artificial lighting, was going to create surreal images, so I decided to build on that in post processing. I also decided on using long exposures, with no flash, and, as we had chosen one of the guided tours to start the day, which did not allow tripods, I decided to use my PlatyPod Pro, which meant I could place it the walk way floor or a manmade wall.

I used my 5D3 in the cavern and metered with ETTR, using the ‘Use Dual-ISO if needed’ setting. I chose my Sigma 12-24mm lens, and shot all of my images at the wide end. Exposures, at ISO 100, were up to 20 seconds.

Therefore, after the guided tour, we kept going on a self-guided tour of other parts of the caverns, where we could go at our own pace, and stop at any time and at any place. Over all we were underground for over four hours.

One extra highlight of the trip was the evening bat flight, during which you sit and watch tens of thousands of bats leave the caves and go off on their evening hunt. Truly a wonderful sight.

Here are a few of the (surreal-locking) snaps from inside Carlsbad Caverns. 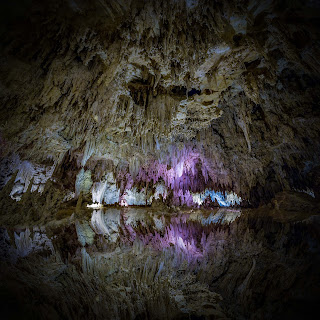 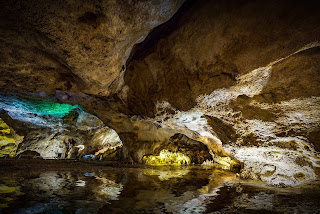 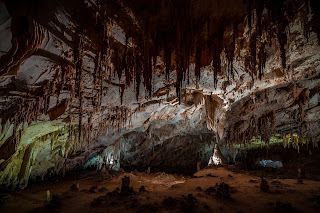 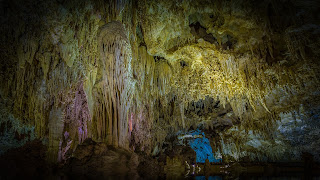 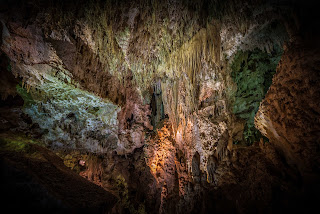 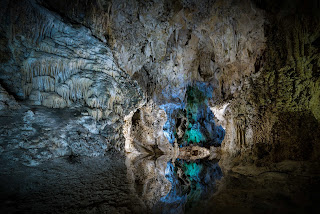 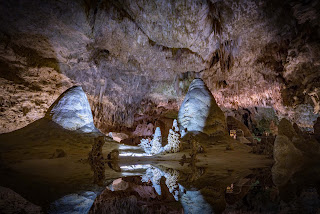 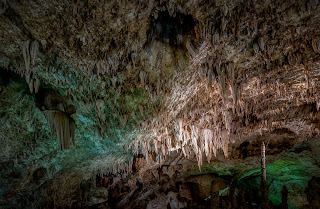 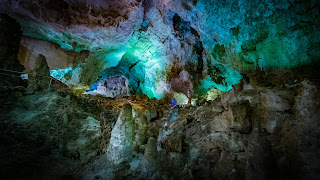 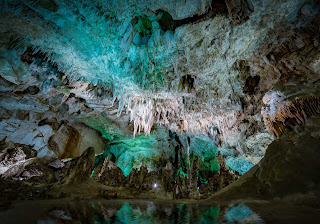 Bottom line: any photographer who has not visited Carlsbad Caverns is well advised to seek out this unique wonder of nature. In the caverns, try long exposures, rather that limited range flash; and use a Platypod-Pro, or something like that, ie that is a ‘tripod’ that is not intrusive. In a future post I’ll complete this road trip report and discuss the ‘inferno’ that is White Sands!
Posted by Grayheron at 12:09 PM