About an hour and half outside of Albuquerque is a little know area called the El Malpais National Monument. The name El Malpais is from the Spanish term Malpaís, meaning badlands, due to the extremely barren and dramatic volcanic field that covers much of the park's area: which can rip you to pieces if you are not careful.
Wikipedia tells us that the lava flows, cinder cones, and other volcanic features of El Malpais are part of the Zuni-Bandera volcanic field, the second largest volcanic field in the Basin and Range Province. This volcanically active area on the southeast margin of the Colorado Plateau is at the intersection of the Rio Grande Rift Basin, with its deep normal faulting, and the ancient Jemez Lineament. These two features provide the crustal weaknesses that recent magmatic intrusions and Cenozoic volcanism are attributed to.

The rugged Pahoehoe and A'a' lava flows of the Zuni-Bandera eruptions (also called the Grants Lava Flows) filled a large basin, created by normal faulting associated with the Rio Grande Rift, between the high mesas of the Acoma Pueblo to the east, Mt. Taylor to the north, and the Zuni Mountain anticline to the northwest. Vents associated with these flows include Bandera Crater, El Calderon, and several other cinder cones; more than a dozen older cinder cones follow a roughly north-south distribution along the Chain of Craters west of the monument.

For me visiting El Malpais was another opportunity to carry on exploring my IR converted 50D, with a 10-20mm Sigma lens. Because of the IR conversion one has to be careful about ‘hot spots’ and flares. Luckily my Sigma 10-20mm f/3.5 EX DC HSM is ok regarding hotspots but may exhibit flares if I’m not careful: http://www.kolarivision.com/lenshotspot.html
I had been experimenting with Magic Lantern Auto-ETTR settings and had decided that a clipping setting of about 1% seemed to be a good compromise. However, after reviewing the RAWDigger data (see below), I’m now not so sure. Clearly I need to look into the clipping settings a bit more and will report on my experiments in the future. 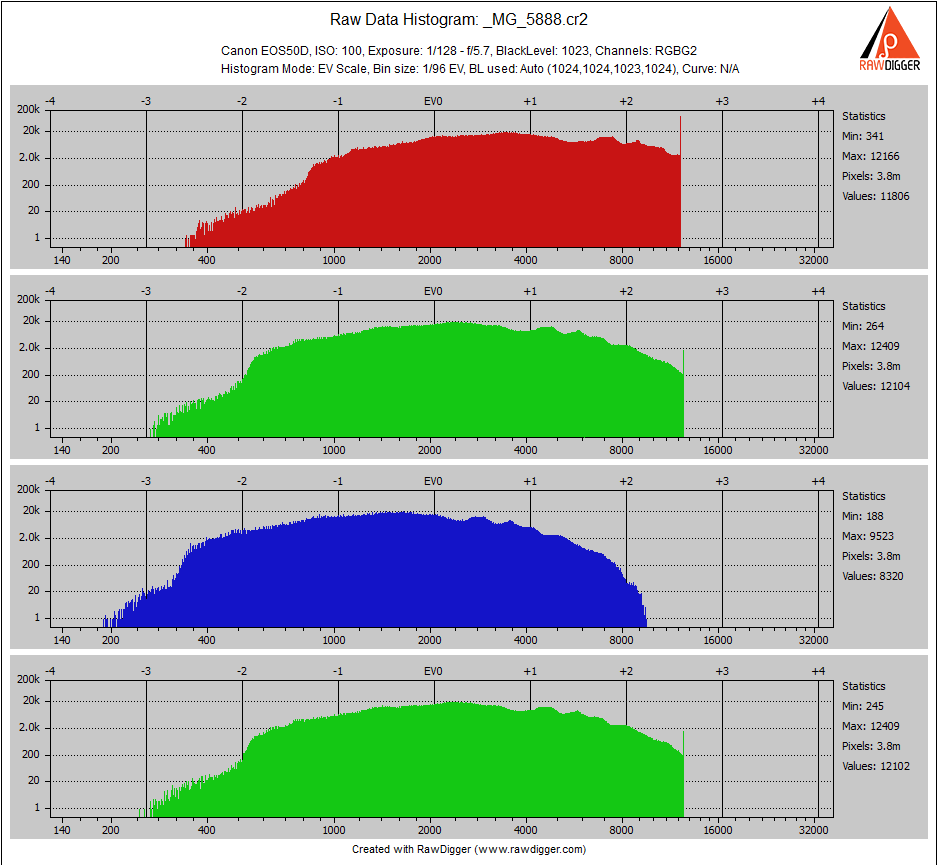 The RAW image for the histogram above looks like this: 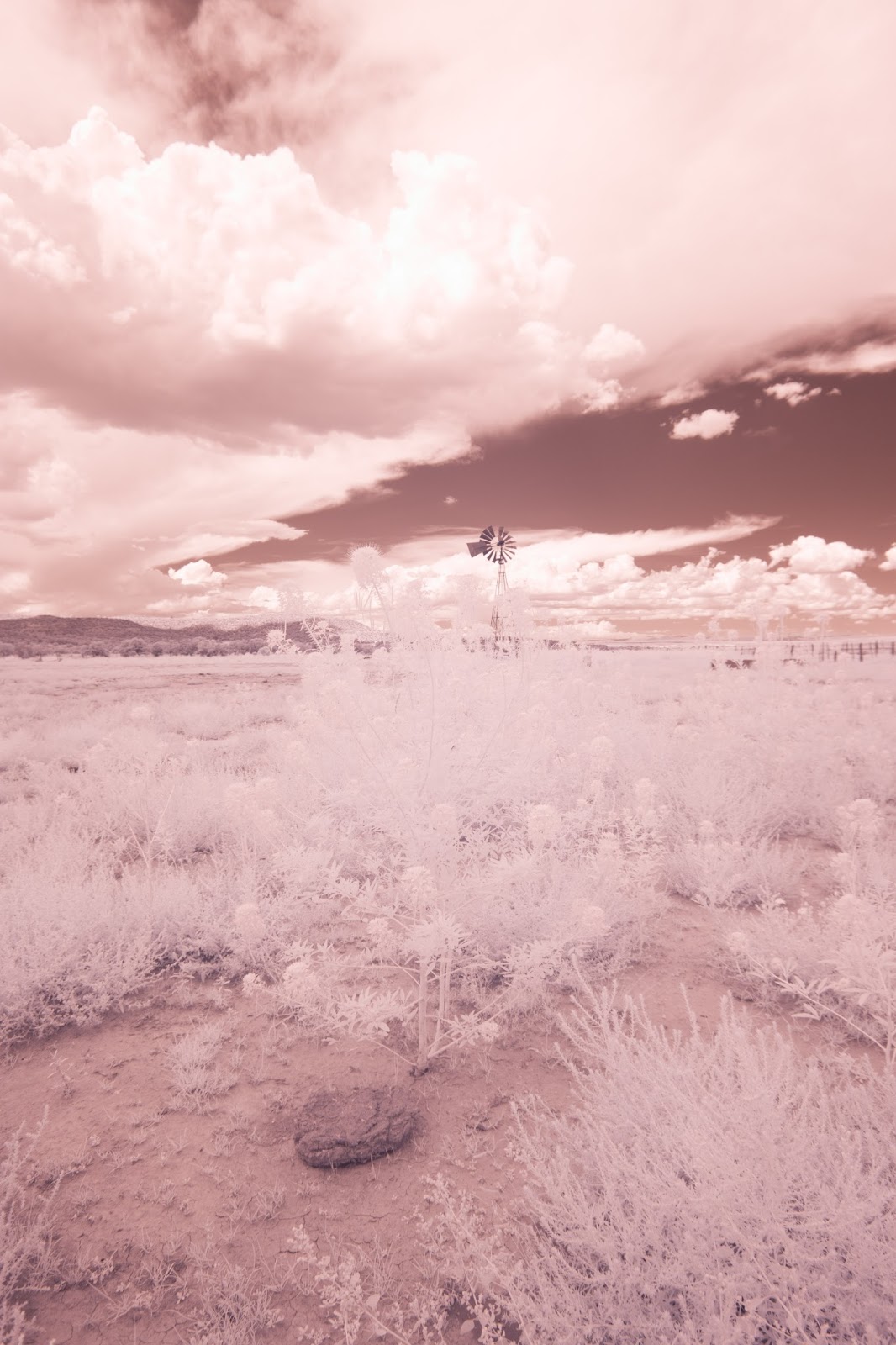 After processing in Lightroom, Photoshop and Silver Efex Pro II it looks like this: 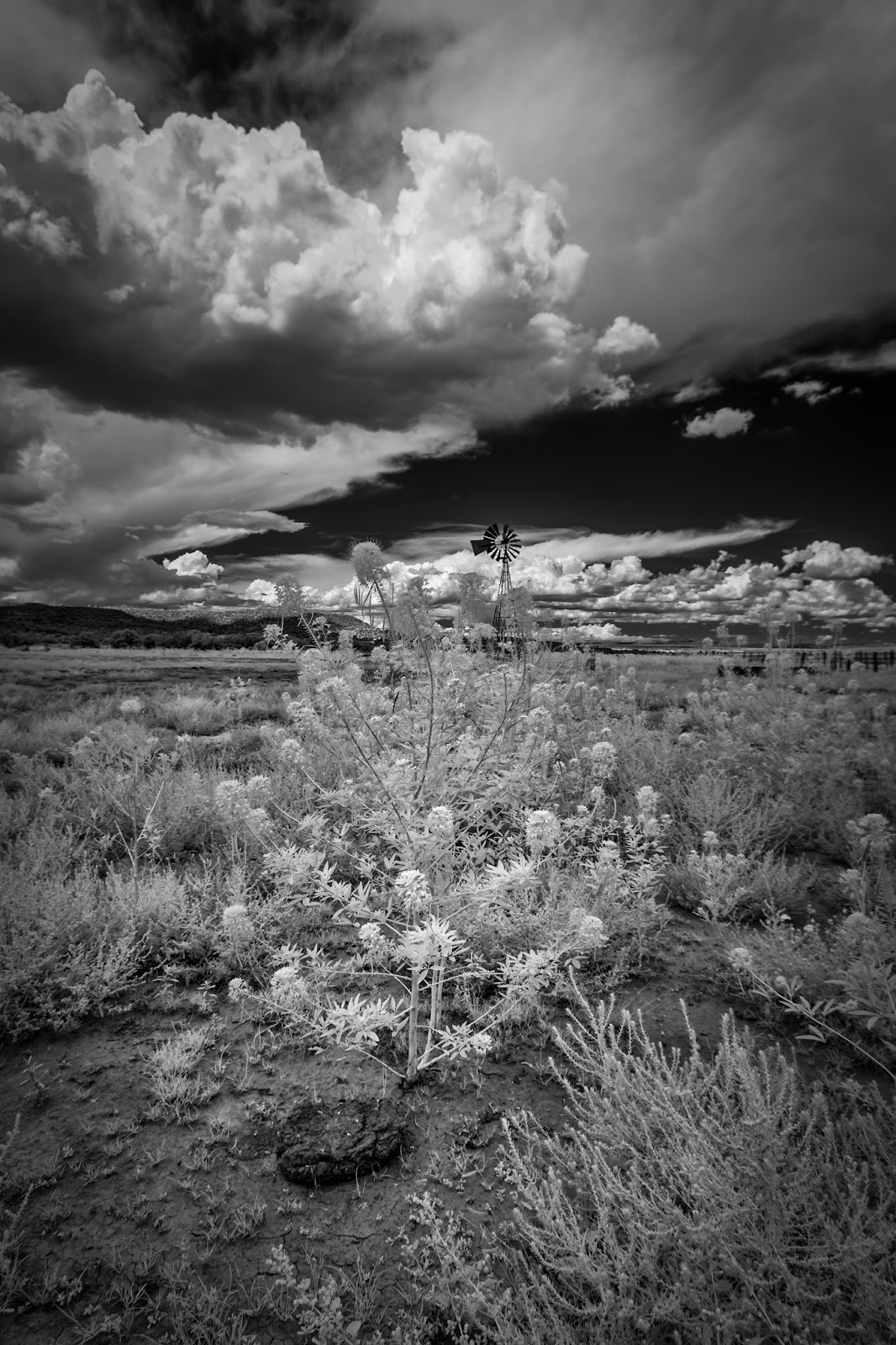 Finally here is another image from the El Malpais shoot. 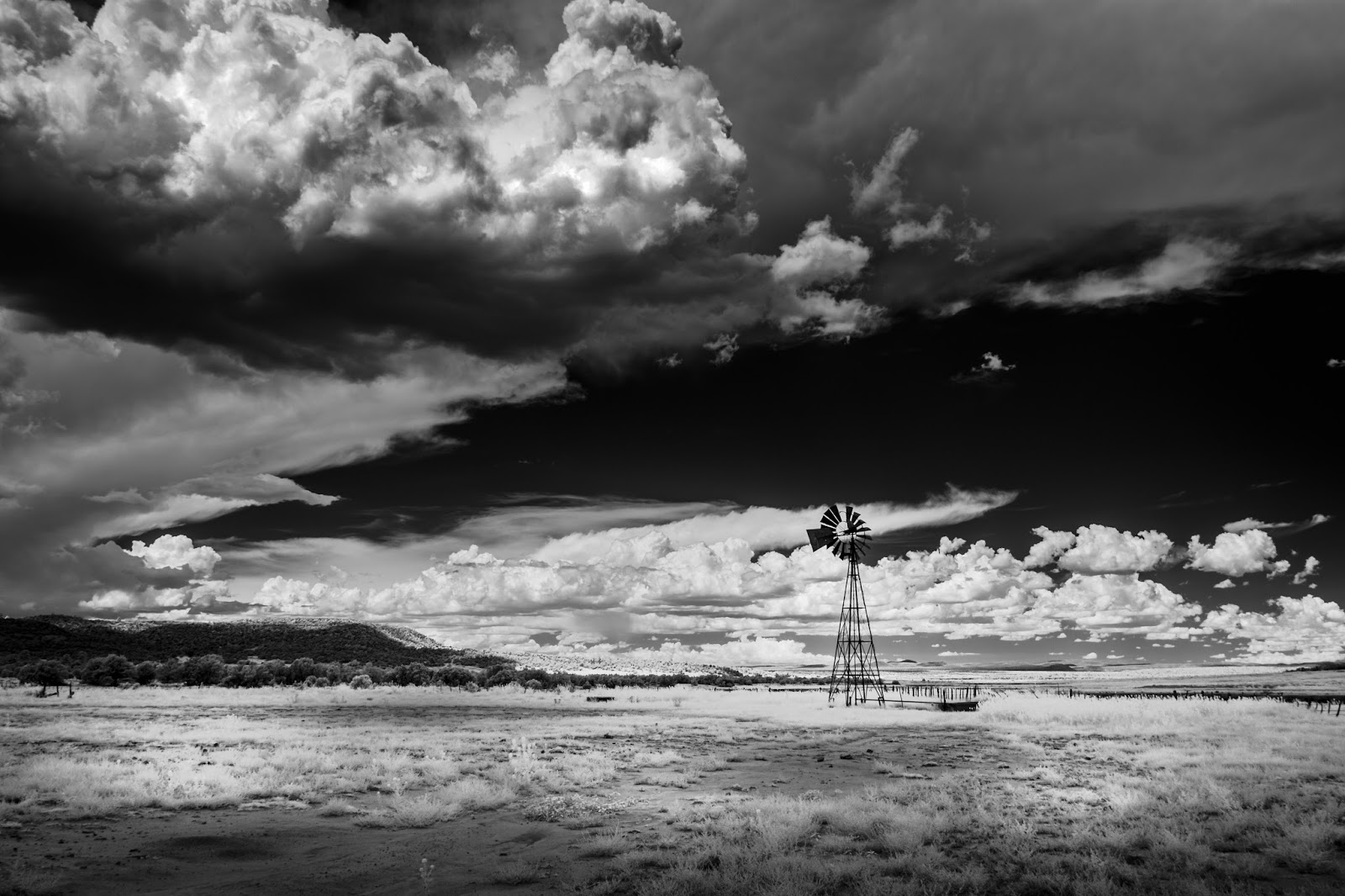 Posted by Grayheron at 6:03 PM